A Southwest Airlines flight attendant has filed a wrongful death lawsuit against her own carrier, alleging that loose COVID-19 health protocols and contact tracing contributed to the death of her husband. 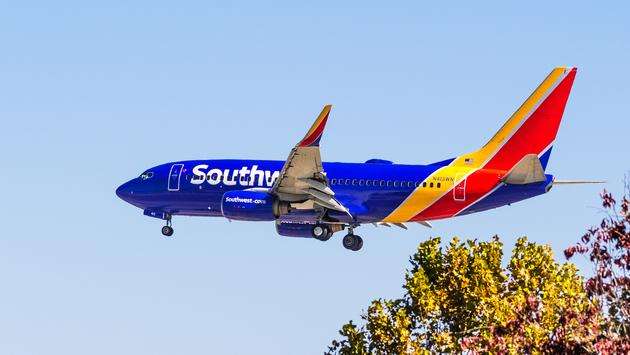 Carol Madden, 69, filed the suit in the U.S. District Court in Maryland. She is seeking more than $3 million in damages, alleging that a mandatory training session at Baltimore-Washington International Airport on July 13 had lax health oversight. That led she and her husband Bill, who drove her home, contracting the virus.

Bill died weeks later at the age of 73, according to USA Today , of COVID pneumonia.

Carol Madden was adamant that her husband would not have died if Southwest had used the same health and safety standards at the training session that it does with travelers who board on of their planes.

According to the complaint, attendees were required to wear masks but there was no hand sanitizer supplied. Equipment like fire extinguishers and megaphones were allegedly not sanitized between uses. There was also no social distancing.

Madden said she was not informed by the airline or her union, even after reporting the couple’s symptoms on July 23. The Maddens had gotten their COVID-19 tests that day but needed to wait for several more for their results.

A colleague who sat near Madden at the training also tested positive for COVID.

Southwest Airlines filed a motion on Friday to dismiss the case, USA Today reported. While expressing sympathy for Madden’s loss, Southwest argued that the accused blame for Bill Madden’s death is "misplaced."