Mexico’s legislators passed a bill to legalize marijuana on March 10, which would make the country the world’s largest legal marijuana market if the bill were passed into law, The New York Times said. 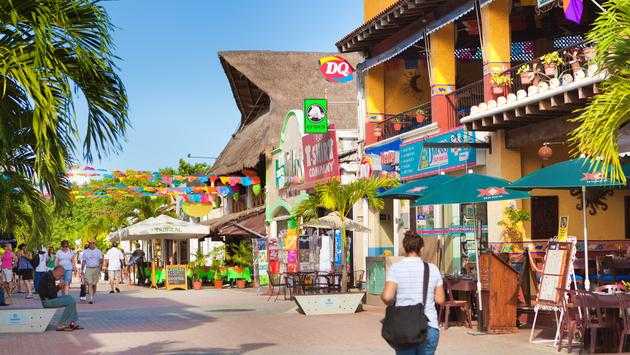 For their part, travel advisors had varying opinions on the prospect of marijuana becoming legalized in the country .

“While ‘marijuana tourism’ is not a heavily advertised niche yet in the travel market, there is no question that travelers flock to U.S. states like California or Colorado to partake legally in those destinations,” said Ryan Doncsecz, groups manager of VIP Vacations.

“Within months of full legalization, these states have produced many reports showing the overwhelmingly positive impact it had on their specific states’ economy.”

In Doncsecz’s view, the same holds true for global destinations. “For international travel, it is no secret that similar laws concerning marijuana in other countries – the Netherlands, for instance – are a big, driving force for travelers wanting to see a new country and also experience the local culture,” he said. “There is no doubt in my mind that Mexico would experience an economic boost should they fully legalize; furthermore, I believe it would also cut down on ‘minor drug related offenses,’ thus making for a much safer destination.”

“It would certainly benefit an increase in the demographic that chooses its vacation destination based on the convenience of marijuana distribution outlets,” he said. “Is this the kind of tourism increase that will really benefit the citizens of Mexico? I seriously doubt it. Many upscale travelers will find it is another good excuse to avoid Mexico.”

He added, “It is difficult to support this plan because it clearly opens the door for mega-pot agri-business. Only the truly naive believe that the cartels will not see this as still another potential profit center under the guise of a legitimate business.”

For his part, James Berglie, president of Be All Inclusive, doesn’t believe legalization would change the Mexican tourism picture in any significant way. “Honestly, I don’t think it’ll change much,” he said. “It’s already legal in many U.S. states, and quite frankly, travelers who wish to get it in destination, will do so, if it is legal or not.”