Female Leaders in Travel Conclave Inspires Change Within the Industry

Female Leaders in Travel Conclave Inspires Change Within the Industry 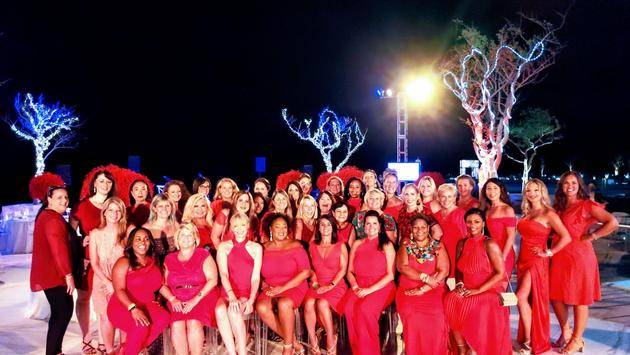 The event brought together 40 accomplished, powerhouse women who head travel companies that boasted combined annual sales of over one billion dollars in 2019.

The Conclave is the brainchild of influential executive Jennifer Doncsecz, President of VIP Vacations Inc . “The number one employer of women in the world is the hospitality segment,” she pointed out.

Struck by the fact that 84 percent of the over-120,000 travel advisors in North America are female, yet women hold only 14 percent at travel companies’ C-level positions, Doncsecz saw a need to address this incongruity.

Realizing that struggling to “make it” in a male-dominated industry can cause women to feel they must compete with each other for top spots, Doncsecz set out to show female leaders that they rise higher by helping each other.

“What I’ve learned is, if I save somebody a seat or pull up another seat, now I have an ally, and that’s when some change can actually happen. Especially if women are doing most of the sales,” she said. Thus, the event’s social-media hashtag became #SaveHerASeat.

With the help of other businesswomen, she launched the inaugural Female Leaders in Travel Conclave in 2019, the purpose of which was to support and empower women working in travel by helping them forge new female connections and enrich themselves through peer-to-peer learning, think-tank discussions, and instruction for strengthening their negotiation, delegation and leadership skills.

In between, they enjoyed inspirational and relaxational sessions at the pool, on the beach and during area excursions.

“I put it out there last year,” said Doncsecz. “I didn’t know half of them and came away from it with a band of sisters. I’ve never felt more connected with women.” In the end, the response was astounding. Leading up to the event’s second edition, she realized that the concept held more massive potential and far-reaching appeal than she’d imagined. “I was getting VPs at cruise lines, at river cruise lines, from tour operators, from resort brands, from hoteliers,” contacting her not for sponsorship, but as individuals wanting to grow their learning and be part of the conversation. “So, it just showed me even more so that this is necessary in our industry.”

Last year, just 22 attendees were hand-selected to participate in the intimate retreat.

This year, Doncsecz received over 150 applications from industry-leading women, but the group’s founding members chose to cap the number at 40, partly owing to the challenges of holding an event in the middle of a pandemic.

While Mexico does not require COVID-19 testing for entry, every Conclave participant was required to take a PCR test within five days of travel. Each participant was also given three colored bracelets—green, yellow and red—to indicate their comfort level with personal interactions. Other precautions, such as physical distancing, multiple temperature check daily, disinfection protocols and optional mask-wearing within meetings, were also observed.

This year’s Conclave featured discussions on such subjects as the habits that hold women back from rising within their companies, and even growing as leaders toward owning their own companies. There was also a focus on defining the difference between management and true leadership.

Many of those in attendance had been, at some point, the very top salesperson in their organization. “Those are the people that get promotions, but they don’t really know how to transform the people around them, said Doncsecz. Instead, “it’s like they have more work now because they’re still selling.”

Attendees have shared that the experience was no less than life-changing. “There were a lot of tears shed at our events,” Doncsecz said. “I think this year has been such a bad year that it brought us all together so much because we started from a very vulnerable place when we all got together.”

Jenene Mealey, Director of Outside Sales for Cleveland’s Canary Travel , who attended this year’s Conclave, remarked, “It truly was more than another travel trade event. It’s the beginning of a very powerful movement, and I believe that this group will facilitate much-needed change in our industry.” She called it the best travel industry even she’d ever attended, even though the content was business and leadership focused.

“We shared openly and humbly, while addressing difficult issues that women face in the workplace. Most importantly, we strategized to resolve some of these issues,” shared Mealey. “This is a group that truly values community over competition and even weeks after the event we are supporting, encouraging, and collaborating daily,” she added. “I am confident that we walked away better leaders, and collectively we will elevate industry standards.”

The 2020 event’s keynote speaker was Amelia Rose Earhart, known for being one of the youngest women to circumnavigate the globe in a single-engine aircraft following the same flight plan as her famous namesake in 1937. In her inspirational closing speech, she drew parallels between the travel sector’s tenuous present circumstances and challenges that face a pilot in the cockpit.

“I think it was a perfect metaphor for this year. She spoke about turbulence and how, out of nowhere, it just hits you. And, it’s scary, but it doesn’t mean you’re going to crash,” explained Doncsecz. “Any time that she was rocked with turbulence, she just remembers she’s in-flight and that these things happen. She also used a metaphor about when air traffic control says you have a holding pattern and I think that’s what a lot of travel agencies [are experiencing] right now—we want to open, we want to get people traveling—but we really are in a holding pattern.”