MSC Cruises plans to start operating more ships on new itineraries in the Mediterranean and Europe for summer 2021. 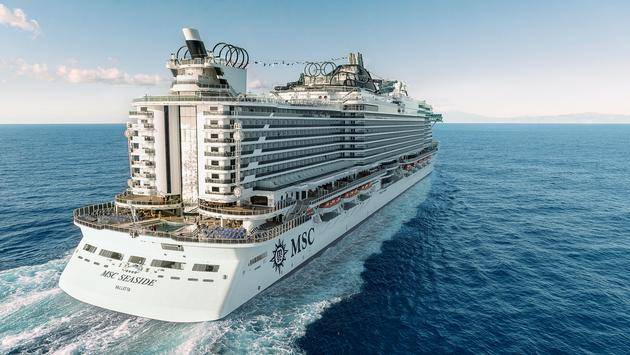 The ships will operate under the same industry-leading health and safety protocol that has been in use since August 2020. The line has carried 60,000 guests since it resumed sailing in the Med. The health protocols are outlined here .

They include mandatory testing before boarding and daily temperature checks, but not vaccines. MSC Cruises recommends that guests go ashore only with MSC Cruises shore excursions that follow the same health and safety as on board.

MSC Grandiosa and MSC Seaside sailings initially are only open to residents of 26 European Schengen countries.

“Today we have clarity on which European destinations and ports will initially be open this summer and we have fully reflected this into a first set of new and updated itineraries for the upcoming season so that guests can book their holidays with us with confidence,” said Gianni Onorato, CEO of MSC Cruises. “Plus, I am confident that in the coming weeks we will be able to further enrich some of these itineraries as well as add more ships with new ones, as more ports and tourist destinations, in particular in Spain and France, become available to receive ships and visitors.”

Three ships will operate in the West Mediterranean, calling at ports in Italy and Malta. The MSC Grandiosa will extend its current seven-night itinerary, calling at Genoa, Civitavecchia for Rome, Naples, Palermo and Valletta, Malta. The Spanish ports of Valencia and Barcelona will be added when they confirm their availability.

MSC Seaside will start sailing on May 1 from Genoa, calling at the newly introduced ports of Siracusa in Sicily and Taranto in Puglia, as well as Civitavecchia and Valetta. The company plans to add the French port of Marseille when its availability is confirmed.

MSC Seashore will join the fleet in late July to become the line’s new flagship and, from Aug. 1 until Oct. 31, will operate seven-night cruises to the Italian ports of Genoa, Naples and Messina, as well as Valletta, Marseille and Barcelona, Spain. After a season in the Mediterranean, MSC Seashore will arrive in Miami in November 2021 to begin sailing in the Caribbean, with stops at the private Bahamian destination, Ocean Cay MSC Marine Reserve.

Three ships will operate in the Eastern Mediterranean, calling at ports such as Kotor, Montenegro; and Dubrovnik and Split, Croatia. Embarkation ports include Trieste, Venice and Bari in Italy as well as Piraeus for Athens in Greece.

MSC Orchestra will now depart on June 5 with embarkation in Venice on Saturdays and Bari on Sundays. The ship will call at the Greek Islands of Corfu and Mykonos, as well as Dubrovnik, Croatia.

MSC Splendida will start sailing June 12 from Trieste, Italy, on Saturdays and Bari on Tuesdays, calling at Dubrovnik, Corfu and Kotor.

MSC Magnifica will begin sailing June 20, offering embarkation in Venice on Sundays, Bari on Mondays and Piraeus on Wednesdays. The ship also will be calling at Mykonos and Split.

Starting May 20, the MSC Virtuosa will operate three- and four-night cruises from Southampton , calling at Portland in Dorset. From June 12, it will operate seven-night cruises from Southampton with embarkation in Liverpool, Greenock for Glasgow and also calling at Portland and Belfast in Northern Ireland. These cruises are designed for British residents only. The sailings are open to vaccinated and non-vaccinated guests and all guests will be tested prior to embarkation.

MSC Cruises ships will delay the start of the summer season out of Germany until June 15, considering the uncertainty for reopening of local ports.

Again, if the German ports are open, MSC Musica will restart cruising on June 20 from Warnemunde, Germany, and MSC Preziosa is scheduled to depart June 21 from Hamburg.

Plans are for the three ships to operate seven-night and longer sailings either to the Norwegian fjords or the Baltic capitals.

“Albeit these ships represent only an initial portion of our fleet, they include our two latest jewels, MSC Virtuosa and MSC Seashore, both of which will have come into service for the first time in 2021,” Onorato said. “Their presence in this next phase of the return at sea of our fleet in the coming weeks represent our belief in the continued attractiveness for consumer of cruises as a holiday option. This is why we have confirmed our plans of newbuilds for the coming years and are looking forward to a gradual return at sea of our full fleet in the coming months into the winter season.”

The company previously canceled its Caribbean sailings from U.S. ports through June 30, 2021.