The Thanksgiving holiday travel period kicked off with a bang and the numbers are expected to stay elevated throughout the weekend. 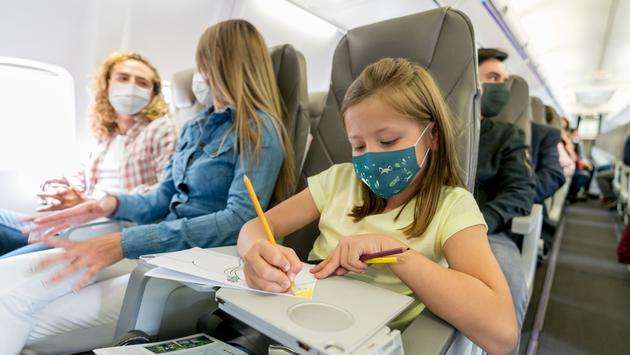 According to CNBC , an estimated 1.1 million people are traveling through airports in the United States on Wednesday, marking it as the busiest day of the holiday period and the most passenger traffic since before the coronavirus outbreak began.

While overall numbers for the holiday will be down 50-55 percent when compared to 2019 traffic, airlines have seen an increase in demand for popular warm-weather destinations , with Florida seeing the biggest jump.

Travelers taking to the skies are following the latest health and safety protocols, but CNBC is reporting the consensus is that social distancing is more important than ever as airports become congested again.

FlightRadar24.com shared data that showed 6,972 active flights over North America at noon ET on the Tuesday before Thanksgiving. While that’s less than the 7,630 flights registered in 2019, it’s actually more than 6,815 recorded in 2018.

The Transportation Security Administration (TSA) announced earlier this week that more than a million people flew on Sunday, making it the single-busiest day at airport checkpoints since the outset of the COVID-19 outbreak in March.

The rise in travelers flying this Thanksgiving comes after the Centers for Disease Control and Prevention (CDC) announced their recommendation that Americans should avoid traveling during the holiday period.