SeaDream Yacht Club has chosen to cancel all of its remaining 2020 cruises on the heels of last week’s discovery that a passenger tested positive for COVID-19 aboard the industry’s very first Caribbean cruise to set sail since the sector’s shutdown in March. 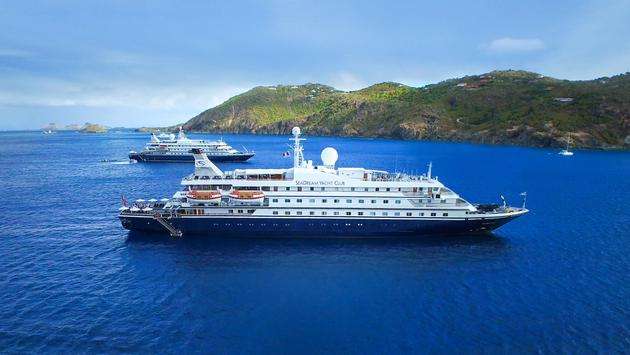 The seven-day sailing aboard the vessel SeaDream I, which departed Barbados on November 7, was only a few days into its itinerary when it was forced to make a U-turn. Passengers were obliged to isolate inside their cabins until the ship again reached Barbados.

The sailing consisted of 53 passengers and 66 crew members, who had already visited Canouan, the Tobago Cays, St. Vincent and Union Island, where they’d been allowed to go ashore and enjoy empty beaches and snorkeling in a pre-approved bubble, having no contact with locals.

This occurred despite the fact that passengers had been required to pass multiple PCR tests prior to arriving in Barbados and were tested again by the ship’s doctor at the dock before boarding. Apparently, “this was not sufficient to prevent COVID-19 onboard,” SeaDream said in a statement, according to Travel Weekly .

As per Barbados’ protocols, which require that passengers be tested several days into a sailing, everyone took another test on November 11, at which point one guest was actually feeling ill, USA Today reported.

Initially, the company had not required that masks be worn aboard the ship, instead encouraging social distancing and relying upon the perceived soundness of its testing protocols. But, four days into the SeaDream I’s Caribbean sailing, it reversed that decision, requiring that masks be worn onboard.

One of the first cruise lines to restart operations as early as June, SeaDream had successfully sailed a short season in Norway and a 21-night Transatlantic voyage from Oslo to Barbados without incident.

“SeaDream successfully operated more than 20 sailings during the pandemic without any cases, and further improvements were made to protocols before the Barbados season,” the cruise line said in its statement. “The company will now spend time to evaluate and see if it is possible to operate and have a high degree of certainty of not getting COVID.”