Seabourn revised the date for the first voyage of its new luxury expedition ship, Seabourn Venture. The ship will now depart on its maiden voyage from Greenwich (London), England on April 10, 2022. 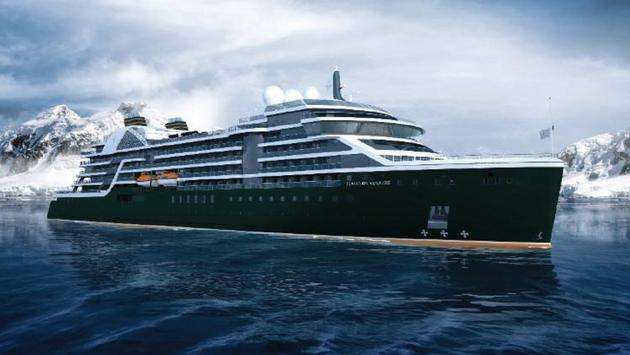 The ship was originally scheduled to enter service in July 2021, but the pandemic caused delays at the T. Mariotti shipyard in Genoa, Italy. Then, it was scheduled to begin sailing in December 2021 .

Last month, a group of company executives visited the shipyard and received a detailed update on the ship’s progress over the past 18 months.

“We had the opportunity to visit Seabourn Venture at the T. Mariotti shipyard and were amazed at the design and beauty of the ship,” said Seabourn President Josh Leibowitz. “The ship will now launch in time for the inaugural summer season in the North Pole in 2022.”

Guests currently booked on Seabourn Venture voyages scheduled to depart between Dec. 11, 2021, and April 24, 2022, will receive more details by Aug. 10 about cancellations specific to their bookings. The ship will sail two new itineraries around the U.K., including the inaugural voyage from London, and those voyages will go on sale on Aug. 19, 2021.

The yet-to-be-named sister expedition ship also is under construction at T. Mariotti. Both ships will be designed and built for diverse environments to PC6 Polar Class standards and will carry two custom-built submarines, 24 Zodiacs, kayaks and a 26-person expert expedition team.