A trip to Yunnan

A trip to Yunnan

I didn't want to write about Yunnan. There are too many scenic spots in Yunnan. Any one of them has enough stories and beautiful legends for tourists from all over the world to write countless travel notes. As far as I'm concerned, it's meaningless to write or not. When I have no time to look at the photos, I have an impulse to write. It's a trip I have to say

When it comes to Yunnan, the first thing that comes to mind is spring, spring city and four seasons like spring. Spring breeze slightly drunk, sunny, gentle and the smell of sunshine flowing in the air“ Peach red with rain, willow green with smoke What a beautiful poem. Close your eyes and feel it with your heart. It's bound to be a beautiful fall.

When you enter Yunnan, you can enjoy the unique ethnic customs and listen to the whispers between the mountains. Overlooking the blue sky, the white clouds. Stop, brew a pot of thick Dianhong, let the thought into the leisurely mood, earthly everything, are thrown far, far.

South of the clouds, I'm here.

Back to reality, I'll talk about my trip. This time, it's a group tour, so it's a quick tour, some even high-speed tour. This should be the sentence "ideal is very rich, but reality is bony". All right, action!

The next day: Kunming -- Dinosaur Valley of the world -- Dali ancient city -- Lijiang, stay in Lijiang

After checking in, it was very late, so I took two pictures. 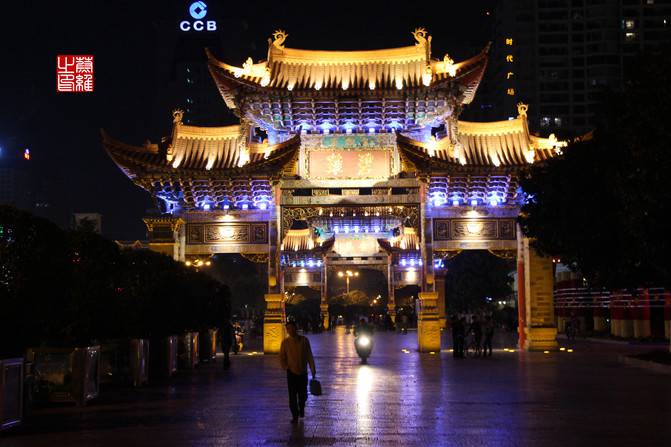 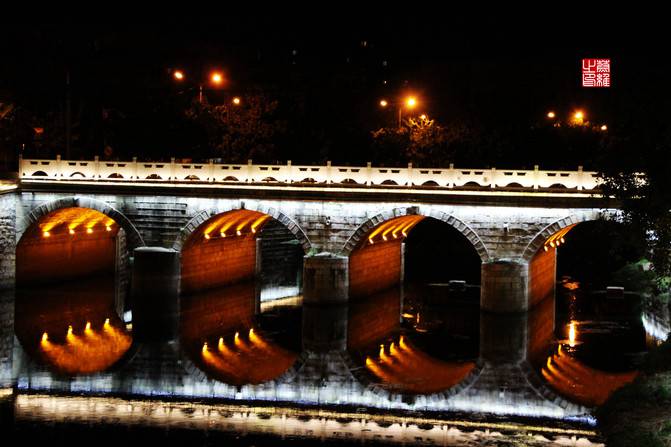 Kunming Street, a bridge, I do not know what the name, I hope to know the friends to help me add.

The next day, the trip began.

The World Dinosaur Valley is a theme park located at the junction of Kunming and Chuxiong. It is a national 4A tourist attraction. I don't think it's necessary to come here if we don't take our children with us. After all, we all come to Yunnan from a long way, this time is very precious, and the ticket price is quite expensive. 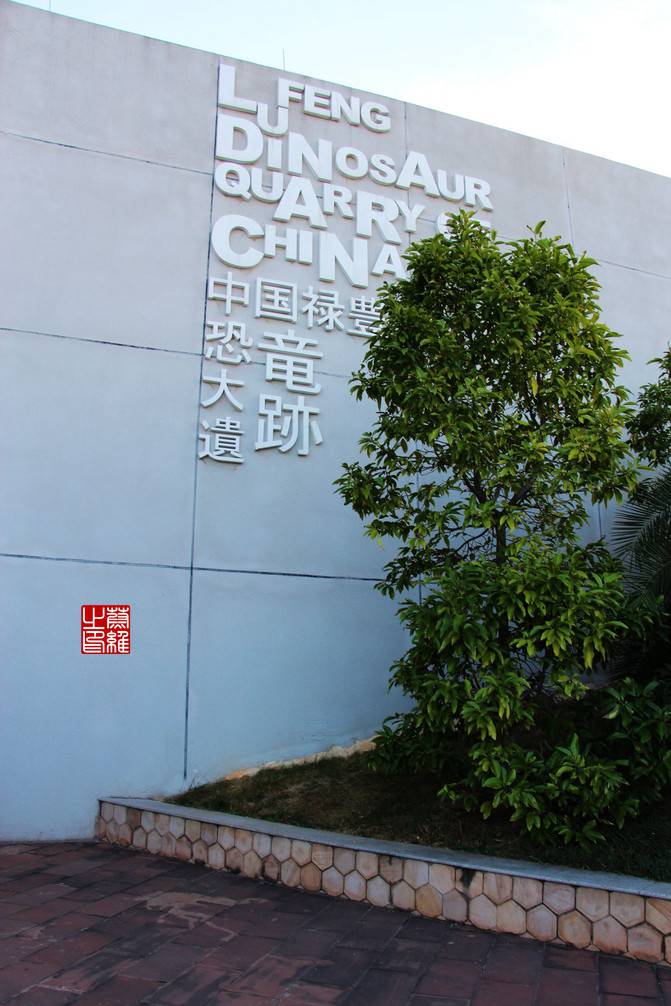 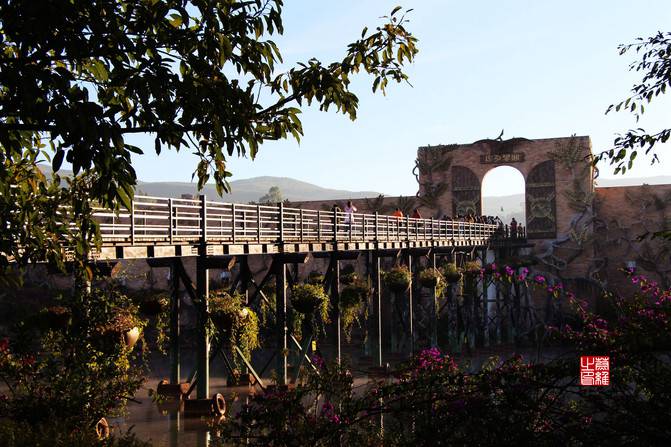 "Fenghuaxueyue", the symbol of Dali. It's a pity that we didn't go to these four scenic spots this time, but on the bus, the guide reminded us that Cangshan is on your left hand now, and Cangshan snow means here. On your right hand side is the famous Erhai Lake. Erhai moon is here. This is the legendary high-speed tour. There's no way. Who wants us to join the group. In fact, Dali is a very interesting place. Next time you come here, you should have a good experience of the petty bourgeoisie life in Erhai Lake and the mystery of the ancient capital of Nanzhao.

The landmark in Dali ancient city, let's check the number.

Lijiang ancient city is an ancient town mainly inhabited by Naxi people. Known as the "plateau Gusu" reputation“ The beauty of the palace lies in the king

"Julu pianji, rongpo belt Valley", these are the famous lines of Xu Xiake and Xu Laozi praising Lijiang ancient city. I think it's better to come here during the day. The business atmosphere is too strong at night. There are noisy bars everywhere. They publicize the love affair everywhere. It's a waste of scenery! Since it's already evening since we arrived here, we can only take a few night scenes.

Dongba Grand Canyon is located at the foot of Yulong Snow Mountain in Yunnan Province, 15 kilometers away from Lijiang. It is a natural ecological Grand Canyon. It's called "naked beauty" in Naxi language. Chen Kaige's Wuji was shot here. The airport of the famous "Flying Tigers" during the Anti Japanese war was also here. OK, let's go into the mysterious Dongba Valley and enjoy the ancient Naxi people.

Known as "the only living hieroglyphic in the world", we all have a close look at the Dongba language to see how many words we can recognize.

The adherent of the ancient tea horse road.

Craftsman street in Dongba Valley is a handicraft street. I didn't know what it was selling.

All kinds of plants in the mountain

In fact, this scenic spot sells silver jewelry. There is a local person called Cun FA Biao who makes silver jewelry. It is said that he was received by the leader. But there are a lot of silver products here. In addition, there are three courses of tea here.

Chongsheng temple, facing Erhai Lake in the East and Cangshan Mountain in the west, is located one kilometer north of Dali ancient city in Yunnan Province, at the foot of Cangshan Mountain and the shore of Erhai Lake. Chongsheng temple was the local political power more than 1000 years ago. The Tianlong temple in Nanzhao Kingdom and Jinyong's Tianlong Babu is here. Unfortunately, the magnificent temple of Chongsheng temple was burned down in Xianfeng Period of Qing Dynasty, and only the three pagodas remained intact. What we're seeing now is a post-1979 restoration.

The following is the famous "Three Pagodas of Chongsheng Temple". As for the three pagodas, I won't say much. They are too famous. Let me remind you of two points. 1、 I've heard of "Chihiro Chihiro". The main tower here is called "Chihiro tower". Hehe, I didn't expect that such a modern word has such an ancient origin. 2、 Note that the towers here are even. If you pay attention to the towers in other places, you will be surprised to find that they are all odd numbers. I don't understand the mystery. How to solve them!

Do you have any similarities between these two pictures?

Shilin, don't you need to say more? Everyone on earth knows that. The world's only karst landscape scenic spot located in the subtropical plateau, known as "the first wonder in the world" and "Stone Forest Museum". Through them, but see strange stones, towering, different posture.

The legendary Ashima!! As for how to watch, find your own feeling.

McDonald's also has a national style

The wild elephant didn't see it, but the wild monkey was photographed. It's better than nothing.

It is said that in the grand canyon below, it is the habitat of wild elephants.

Bird garden. Why am I only photographing Parrots?

Butterfly breeding Park, here is a good place to shoot butterfly close-up, all kinds of butterflies, with all kinds of POSS, let you close-up. Let's adjust the macro patiently and enjoy it slowly.

In addition to butterflies, there are all kinds of tropical plants blooming with enchanting flowers.

Since we haven't seen any wild elephants, let's go to see the domesticated elephants. It's said that all the elephants in the national circus graduated from here.

It's time for dinner. It's bonfire dinner. You said that such a warm meal, who can eat it/

Should this be called "bamboo pagoda"

Although the main purpose of coming to Dai village is shopping (silver ornaments), if I walk around like this, I just don't shop, I can get a better understanding of it.

It combines the unique natural scenery of virgin forest and charming ethnic customs. There is the best preserved tropical Valley rain forest in the south of Tropic of cancer in the park. "Virgin forest, wild animals and folk customs" are the three major theme features here.

There is a water splashing square here. Because of the season, I didn't catch up this time. There is a poster next to it. Ha ha, it's just enough.

Aini village. Aini is a branch of Dai nationality. It is said that this nation has no written language. It's a nation that still adopts the system of father son name. The last word in the father's name is the son's surname. It's very characteristic. It's said that this is to keep the purity of their family blood. Aini people adore black and regard black as beauty. Aini people believe in primitive religion. They believe that all things have spirits. There are family gods in their homes and village gods in their villages. The gate of Aini village is called "Longba gate". Aini people also worship crows. They think crows are mascots. The Aini people are the only people in Xishuangbanna who still have the custom of "robbing relatives".

Peacock mountain villa. This is the largest peacock breeding base in Southeast Asia. It is said that more than 3000 peacocks live here. Peacocks are divided into white peacock, Green Peacock and blue peacock. I've really learned a lot about this.

When I mention peacocks, my mind is the scene of peacocks opening, "Peacocks Flying Southeast". Today, this is really a Peacock flying. This is the first time I've ever photographed this scene.

Lancang River“ Lancang River, the Danube River in the East, was called "nanlanzhang" by Dai people in ancient times, which means "the river where millions of elephants breed". The Lancang River is called "Mekong River" in China and "Mekong River" when it goes out of national boundaries. Is this name familiar to everyone? It flows through China, Laos, Myanmar, Thailand, Cambodia, Vietnam and other six countries, with more than 90 ethnic groups living on both sides.

The river is getting narrower and narrower

Looking back at Jinghong port wharf

The waterfront dwellings at the junction of China, Laos and Myanmar. It's time to go back. If you go back, you'll be smuggling.

Finally, a Dai girl is attached. The trip is coming to an end.

This 7-day tour aroused my desire to visit Yunnan in depth. Hope to come to the beautiful "colorful south" next time!

Let's use a catchphrase for the conclusion.

Although travel is easy, record is not easy, and travel and cherish!